Angry white men are all too often the perpetrators of mass shootings. Despite having killed 9 people, all of whom were black,  in a South Carolina church, Dylan Roof was not only taken alive, but also taken to Burger King by the police. Similarly, the Parkland school shooter Nikolas Cruz (no relation to the author) was also taken alive. Meanwhile, black men are gunned down by cops, sometimes despite having a legal fire arm (Philando Castile) or for not having a gun at all, such as the recent police shooting of Stephen Alonzo Clark, who was shot 20 times in his own back yard. Clark was holding a cell phone. Black and white.

Today, all over the United States, millions of people walked in the #MarchforOurLives demonstrations demanding sensible gun legislation from our political representatives. Spearheaded by the Parkland High School survivors, this movement is spreading around the country, and has politicians nervous. Those who sent the trite “thoughts and prayers” after each school shooting and then said things like “now isn’t the time for knee jerk reactions” are in for a surprise. God has answered the prayers of those politicians by awakening the youth of America who are once again the vanguard for nonviolent change in the United States. Their message is clear, make changes, or be voted out. It’s that simple.

Today, in Lancaster, PA, an estimated 3000 people marched, which is a sizable crowd in a city of 65,000 residents. As a theologian, I was there, in the name of Jesus, in the name of his nonviolent message, to chronicle this event. Some issues are black and white, and the issue of gun violence in America is one such issue. Other countries, do not have mass shootings the way we do, even countries with a lot of guns. Other countries do not have an extremist organization (I’m looking at you #NRA) spouting incendiary rhetoric about their right to bear arms. The shots I took are in black and white because this issue is black and white. Guns kill people. Period. Gun control works. Period.

I am aspirationally a pacifist because I’ve read the Gospels and studied theology in seminary. I am also a disabled Marine Corps veteran (for which I pray for forgiveness) with PTSD and for that reason have no business owning a gun regardless of how unlikely I would be to use it to commit murder. The risk is simply not worth it. Our current government has made it possible for people like me to go buy guns. This is ludicrous and is the result of pandering to an organization possessed by the satan. As a nation we need mandatory background checks and mental health screenings, an immediate ban on assault weapons like the AR-15, an immediate ban on bump stocks, mandatory gun safety training and proof of competence prior to a purchase. We also need politicians that listen to constituents rather than the NRA, which represents less than 2% of the population. Let’s get this done. For Christians, this should be an easy choice to make.  Blessed are the peacemakers. 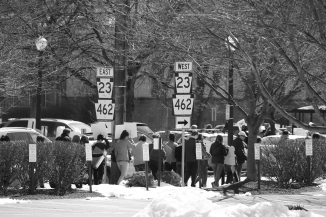 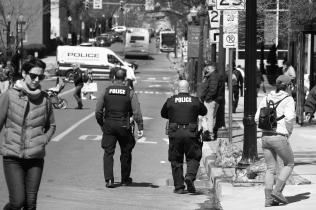